Before we review how the pieces move, we should learn what they're called. It's a knight. Not a horsey. And the castle? That's called a rook. Now on to how the pieces move. We'll start with the lowliest of chess pieces - the pawn. Pawns can only move forward. Although they usually only move one square at a time, pawns can move one or two squares the first time they move. But, and this is a big exception, pawns capture pieces one square diagonally. A pawn cannot capture a piece directly in front of it. Let's take it to the diagram: 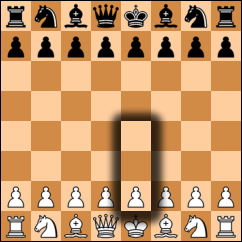 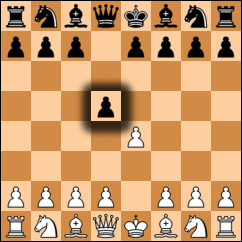 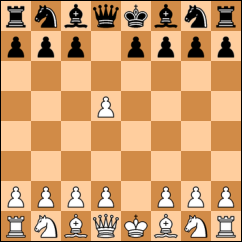 The Bishop, in contrast, can move as far as it wishes along the diagonals. And for the nits out there, no, it cannot move through pieces. 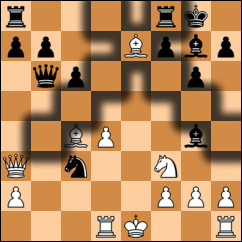 The knight is tricky. Its move looks like an 'L'. The knight moves two squares in any direction and then one square to the left or right. A diagram will make this more clear: 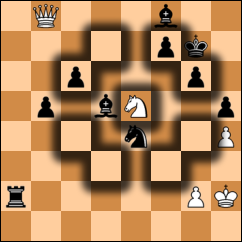 Another note for the nits out there: the knight can hop over pieces, because as everyone knows, knights were known as the jumping warriors of the Middle Ages.

The rook is easy. Rooks move as far as they want horizontally or vertically. Like the Bishop, they cannot jump over pieces. 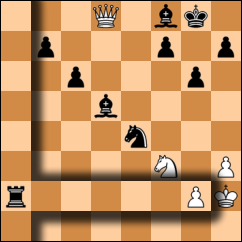 The queen is a combination of rook and bishop. She can move as far as she wishes diagonally, horizontally, or vertically. 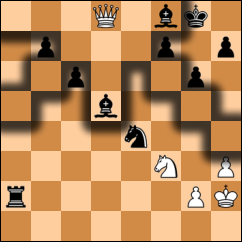 The king is like a hobbled queen. He can move in any direction, but only one square at a time. Of course the king can also castle, but we'll get to that later.

The rules of chess

Chess is more straightforward than people realize. Two sides, white and black, try to checkmate each other. Play starts with the white player and the players take turns moving one piece at a time until the game ends. The only exception is castling, when a player can move two pieces in one turn...we'll be discussing that shortly.

The game can end in a draw or a victory:

A player wins when either the opponent concedes or the enemy king is checkmated. Checkmate is when the enemy king is in check (attacked by an enemy piece) and the king cannot escape. The king can escape check by moving to a square not controlled by an enemy piece, by capturing the checking piece, or by blocking the check with a friendly piece. It is important to note that it is illegal for the king to move into check.

The game can end in a draw several different ways, but the two most common ways are for the players to either decide that neither side can win and agree to a draw or for the game to end in stalemate. Stalemate is when one side cannot make any legal moves.

To summarize: Try to checkmate the enemy king, move the pieces how they're supposed to, and don't move into check.

Now for some of the weird rules:

Castling: This is the only time when two pieces can move in a single turn. Castling is done with the king and rook, and is used to evacuate the king from the center. The king can castle with either rook. To castle, the king moves two squares (!) in the direction he wishes to castle, and the rook is placed on the other side. Now there are a few important restrictions. There can't be any pieces between the king and rook. Additionally, neither the king nor rook can have moved previously. And finally, the king cannot castle through check.

Pawn Promotion: When a pawn reaches the other side of the board, it can "promote" and become any other piece. Players generally promote to the best piece, the queen. Polygamy is allowed. I don't understand how all of this fits into the chess as war metaphor, but it's a good thing when you can promote your pawns.

En Passant: This one sounds like it has to be made up. It's not even in English. That's right, en passant is French, the language of love and obscure chess rules. Meaning "in passing," en passant is used when you have a pawn on the fifth rank (three squares ahead of its starting point) and an enemy pawn tries to move two squares past your pawn. Using en passant you are actually allowed to capture the cowardly pawn. 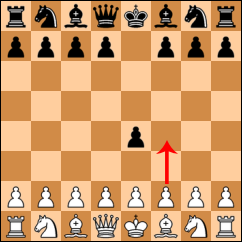 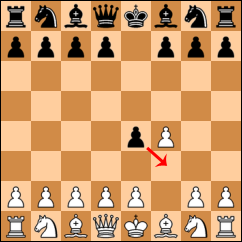 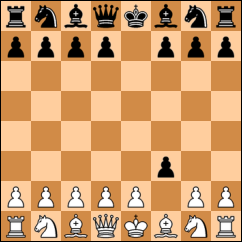 That does it for the rules you absolutely need to play. There are more obscure rules, like the 50 move rule, the insufficient mating material rule, and the infamous "infield fly" rule, but they aren't that important for someone just starting out in chess. Nobody likes a rules lawyer anyways.